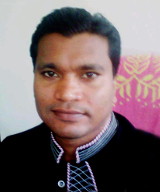 Baptist Mission Boys' High School was founded in January 1914 and respectively in Bund Road, Barisal, Bangladesh, by Rev. William Carey, who was the grandson of Rev. Dr. William Carey.

Dr. William Carey was a founder member of Baptist Missionary Society (BMS). According to the BMS’s mission & vision, Missionaries come to the India subcontinent to work in this country (India/Pakistan/ Bangladesh) on issues of Education, Health and religious teaching (preach the Gospel), BMS bought land, took lease/acquire from Government and received land from local church members where they establish School, Hospital, Clinic Mission Center and residential Quarters. In that view they establish two schools, hostels and Mission compound at Barisal.

There are thousands of students studied from this school. They are living now (who are alive) in Bangladesh, USA, UK, Canada, Australia, Japan, Italy, Germany, Sweden, Middle East, Malaysia, France and so on. It's implied that all students have a strong concern and special place for their respective schools.